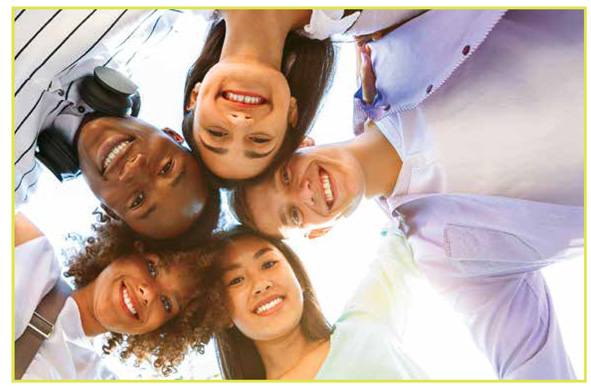 Feasting On The Word

Feasting on the Word provides  opportunities for youth to explore
their personal and communal identity in Jesus Christ.  Students will learn to approach God’s word in each lesson using the following:

Biblical stories will come alive in new and creative ways. In response to God’s amazing, unconditional love, youth will be challenged to put their faith into action as they grow to understand themselves as Christ’s disciples. Each session includes a media connection section that ties the week’s Scripture passage to a film, song, or Web site.

Pentecost Sunday, a time when Christians celebrate the beginning of the church and the gifts of God’s Spirit.

The spiritual practice of breath prayers helps us recognize our connection to God as the source of life.

Sit comfortably, close your eyes, and spend a few moments quietly breathing in and out, slowly, and deeply. Say your own BREATH PRAYER as we have just learned to do.

O God, we gather as your people, united by your Spirit. Help us to hear the messages of the Spirit during our time together. Amen.

HERE ARE SOME FACTS ABOUT OUR SCRIPTURE READING FOR TODAY

*The Feast of Pentecost was a harvest festival that came 50 days after Passover.

* Many Jews traveled to Jerusalem from other countries for this festival.

*The story in Acts 2 takes place when all of the disciples were gathered in Jerusalem, 49 days after Jesus had died on a cross on the day after Passover

2:1 When the day of Pentecost came, they were all together in one place.
2 Suddenly a sound like the blowing of a violent wind came from heaven and filled the whole house where they were sitting.
3 They saw what seemed to be tongues of fire that separated and came to rest on each of them.
4 All of them were filled with the Holy Spirit and began to speak in other tongues[a] as the Spirit enabled them.
5 Now there were staying in Jerusalem God-fearing Jews from every nation under heaven.
6 When they heard this sound, a crowd came together in bewilderment, because each one heard their own language being spoken.
7 Utterly amazed, they asked: “Aren’t all these who are speaking Galileans?
8 Then how is it that each of us hears them in our native language?
9 Parthians, Medes and Elamites; residents of Mesopotamia, Judea and Cappadocia, Pontus and Asia,[b]
10 Phrygia and Pamphylia, Egypt and the parts of Libya near Cyrene; visitors from Rome
11 (both Jews and converts to Judaism); Cretans and Arabs—we hear them declaring the wonders of God in our own tongues!”
12 Amazed and perplexed, they asked one another, “What does this mean?”
13 Some, however, made fun of them and said, “They have had too much wine.”

14 Then Peter stood up with the Eleven, raised his voice and addressed the crowd: “Fellow Jews and all of you who live in Jerusalem, let me explain this to you; listen carefully to what I say.
15 These people are not drunk, as you suppose. It’s only nine in the morning!
16 No, this is what was spoken by the prophet Joel:
17 “‘In the last days, God says, I will pour out my Spirit on all people.  Your sons and daughters will prophesy, your young men will see visions,   your old men will dream dreams.
18 Even on my servants, both men and women, I will pour out my Spirit in those days, and they will prophesy.
19 I will show wonders in the heavens above and signs on the earth below, blood and fire and billows of smoke.
20 The sun will be turned to darkness and the moon to blood before the coming of the great and glorious day of the Lord.
21 And everyone who calls on the name of the Lord will be saved.’

Before Jesus left his followers, he promised that God would send the Spirit to be with them and to help them in spreading the gospel.

* How does the Spirit appear in this story?

*What happened because of the Spirit’s presence? 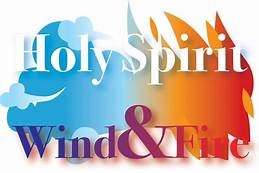 Both Hebrew and Greek use the same word for “wind” as for “breath” or “spirit.”

How can wind be a helpful way of symbolizing God’s Spirit?

Fire was also used as an image for God in biblical times.

How do the actions of fire and wind differ in the story?

What do you think it means that the fire settled on each individual?

LET’S THINK ABOUT IT

Not everyone was in awe over what happened in that place. Some accused Jesus’ followers of being drunk.

How did Peter respond to this accusation?

Peter’s witness that day was powerful and verse 41 says that about 3,000 people were baptized later that day. This is a very different Peter than the one who betrayed Jesus, don’t you think?

How does this part of the story help you to trust that the Spirit will help us? 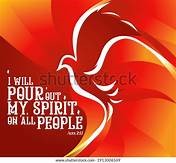 On this Pentecost Sunday, the end of the Easter season, churches celebrate the gift of God’s Spirit poured out over Jesus’ followers then and now.

Name some ways in which you have felt the presence of God’s Spirit.

What gifts do we have from God that can help you spread the good news?

GOD IS THE HOLY SPRIT THAT WE CELEBRATE ON THIS PENTECOST SUNDAY!

Take a moment to remember your BREATH PRAYER…..

Say it once more to yourself.

Come, Spirit, be with us always. Empower us to be ministers of the gospel, called by God, filled with Spirit, committed and faithful. 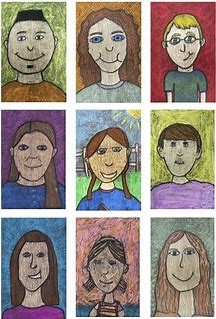 Gracious God, help us to see ourselves and our world through your eyes.
In Jesus’ name, we pray. Amen 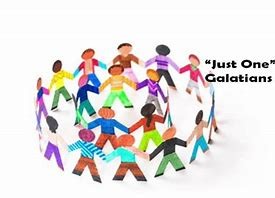 23 Now before faith came, we were held captive under the law, imprisoned until the coming faith would be revealed.
24 So then, the law was our guardian until Christ came, in order that we might be justified by faith.
25 But now that faith has come, we are no longer under a guardian,
26 for in Christ Jesus you are all sons of God, through faith.
27 For as many of you as were baptized into Christ have put on Christ.
28 There is neither Jew nor Greek, there is neither slave[a] nor free, there is no male and female, for you are all one in Christ Jesus.
29 And if you are Christ’s, then you are Abraham’s offspring, heirs according to promise.

(Reminder: As you read this letter from Paul to the Galatians, remember that in prior letters in Galatians Paul told the story of his encounter with the risen Christ and described his transformation from persecutor of Jesus’ followers to one who proclaimed the gospel of Jesus to the Gentiles (Galatians 1:11–24). Also, Paul asserted that no one can earn or achieve salvation; faith comes through God’s grace as a gift of God (Galatians 2:15–21). 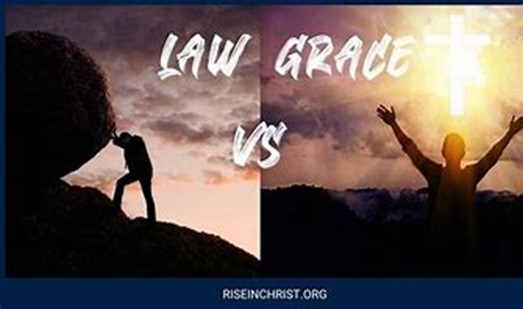 Paul’s opponents believed that following the law was a means of salvation. In contrast, Paul presents the law as a “disciplinarian.”

Note: in ancient Greek and Roman culture, a “disciplinarian” (Greek paidagogos) was not a teacher, but a household slave whose duty was to guard and supervise

HOW DO YOU THINK YOU ACHIEVE SALVATION?

By the GRACE OF GOD
OR
As a result of THE LAW which is as a “disciplinarian.”

In your opinion, why would some people believe that doing works of the law would lead to salvation, or being right with God?

According to Paul, what role does faith play in becoming children of God? 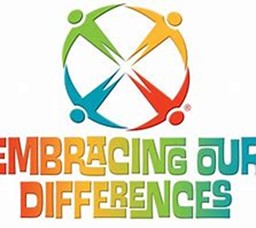 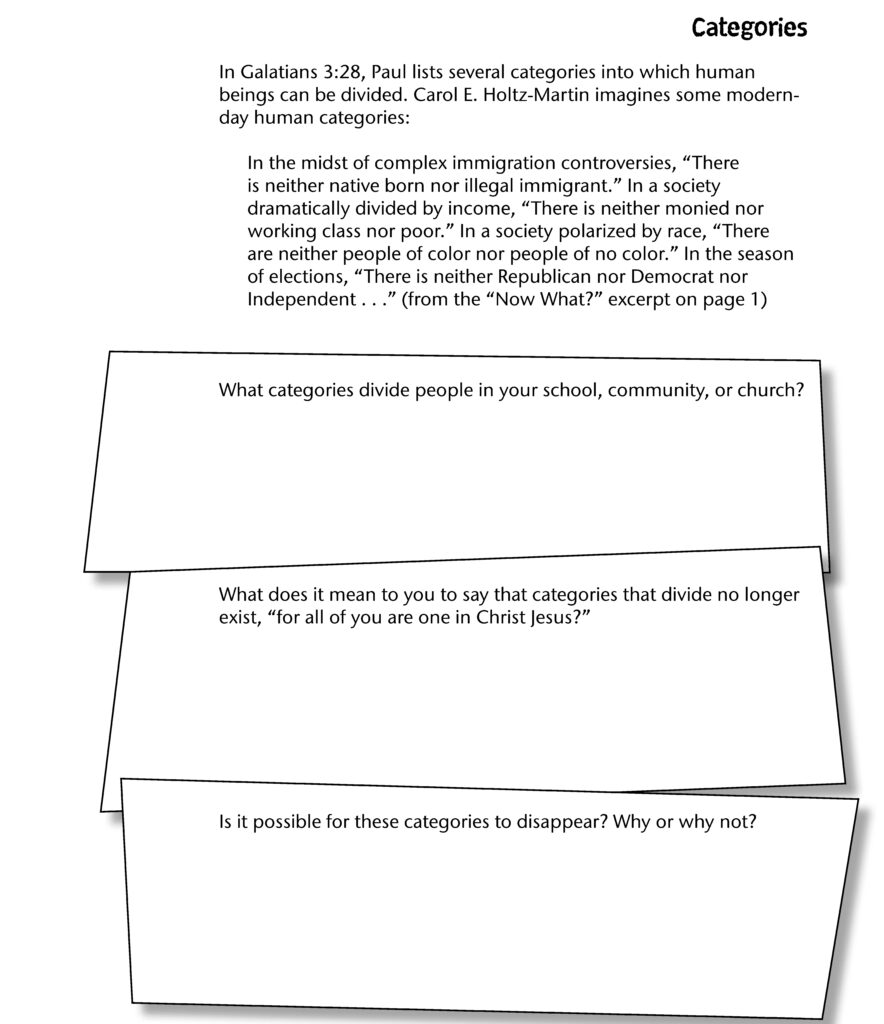 Do the differences among people need to disappear in order for people to be “one in Christ”? Why or why not?

In what ways can you promote unity, even with people who are different?

Remember that you are all children of God through the gift of faith. Go out into the world to claim the gift, showing everyone you meet who and whose you are. Amen.

In what ways is human adoption like and unlike being a child of God as Paul describes it in Galatians 3:23–29?

What new insights on the Scripture passage do the song and video give you? 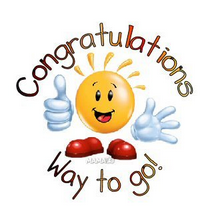